#1. The Joker’s Bomb Conundrum in The Dark Knight

We would expect a ridiculously long and drawn-out murder plot from a villain like the Joker, a man by whom all clearly deranged and psychopathic murderers are measured. But this one had to have taken the assistance of a room full of supercomputers, and several psychics.

„First, we find two empty buildings. Without the cops noticing, we’ll secretly sneak in hundreds of drums of explosive liquids, and wire all of them to explode. Next, we’ll orchestrate an attack on the convoy transporting Harvey Dent. This will involve blocking busy streets, blowing police helicopters out of the air and launching missiles at the armored car. All of this will be done, not to kill Dent (though that could happen at any moment) but to cause Batman to intervene so that he will throw me in jail.

Then, while the whole town is on alert, we go ahead and have our henchmen kidnap both Dent and Rachel Dawes and strap them in with the bombs in the two abandoned buildings. Then I’ll send Batman after one of them, knowing that this will result in Rachel being killed and Dent being a certain distance from the explosion as to become grotesquely injured and disillusioned. Then I’ll blow up the jail without accidentally killing myself. Gentlemen, it couldn’t be simpler.“

Really nothing, as long as absolutely every single event happens exactly as it did in the film, down to the millimeter and microsecond.

If the rocket blows up Dent’s armored car instead of hitting the Batmobile, if the Batmobile doesn’t happen to have a motorcycle hidden inside it, if somebody clears the makeshift roadblock out of the way before the convoy gets there, if traffic allows the cops to get to Rachel before Batman gets to Dent, if a cop happens to be stations out in front of Rachel’s building when the cops get the coordinates, if a hunk of debris from the building hits Dent and kills him as he’s escaping the explosion…

You get the idea.

The Joker makes a bullet disappear by shooting Rachel in the face. 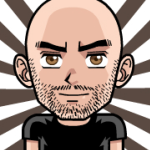